On my first visit I fell completely in love with East Africa. In all my travels far and wide I still feel that the Tanzania landscapes and wildlife are one the great wonders of the world. I do these special trips for small groups because I am sure that you will gain an even greater respect and love for nature and life in all its beautiful forms and that the magic of Africa will leave an indelible mark on your soul.

What will you see? Nature of course has her own agenda and whims but on nearly all trips thus far we have seen all of the big five ( buffalo, rhino, elephant, lion, leopard ) and countless others such as elephants, giraffe, hippos, servals, hyena and more birds than you can can imagine. I can promise abundant wildlife viewing at surprisingly close range.

The landscapes of Tanzania themselves are breathtaking and we will be covering a lot of ground in our 9 night/ 10 days. We will be starting at one of my favorite places on earth the Eco-lodge Ngare Sero for a very soft landing with luxurious accommodations, great food and awesome hosts. We will enjoy morning on the veranda drinking coffee while watching the sunrise illuminate Mt. Kilimanjaro. The plethora of exotic birds, monkeys and other wildlife all over the grounds will also keep you fully entertained and amused. The lush gardens and fresh spring lake offer opportunities to just sit back and enjoy or take leisurely walks around the expansive grounds while we settle ourselves into Tanzania.

We then fly to the legendary plains of the Serengeti where our ancestors millions of years ago first roamed as hunter-gatherers. Serengeti is home to prides of lions, cheetahs, elephants and all the signature species of African wildlife. Words do not do really do it justice. We will then descend into the Ngorongoro crater that is without a doubt one of the great wonders of the natural world and again treated to an astounding variety of breathtaking wildlife and landscapes. Finally to the riverine area of Tarangire with ancient baobab trees and where some of the largest herds of elephants roam. Finally ending our journey back where we began at the cozy Ngare Sero Mountain lodge.

We will be staying at both tented camps and lodges. All accommodations are shared twins with two beds or a double bed for couples and include ensuite bathrooms. (even the tents). All will have hot water, limited electricity and dining area. Private tents/rooms are possible with supplemental payment.

The food served during the trip will be a variety of international cuisine of good quality. Vegetarians will have many options. If you have special needs, allergy or diet please let us know in advance.

The mere act of going on safari and showing appreciation for the nature and wildlife makes a difference in conservation efforts. Our visit helps sustain local community and continued conservation efforts. If no one were to come to these places they were quickly be exploited by poachers and development.

“The only man I envy is the man who has not yet been to Africa – for he has so much to look forward to.”

This is a yoga trip but because Africa is so special we will prioritize all activities for the African experience. We will probably be able to do yoga practice nearly everyday but there may be a few days where we do short practices, evening practice or have to skip. It is perfectly ok to for non-yoga practitioner friends or partners to attend.

Your host and guide

Tarik will be hosting, teaching yoga and will be acting as your guide. This will be his 7th visit to Tanzania and the 4th time leading a Yoga Safari trip. We expect it to be a trip of a lifetime and so far Africa has never disappointed us. My good friend Sylvester, a safari guide of more than 20 years will be our local guide and driver. 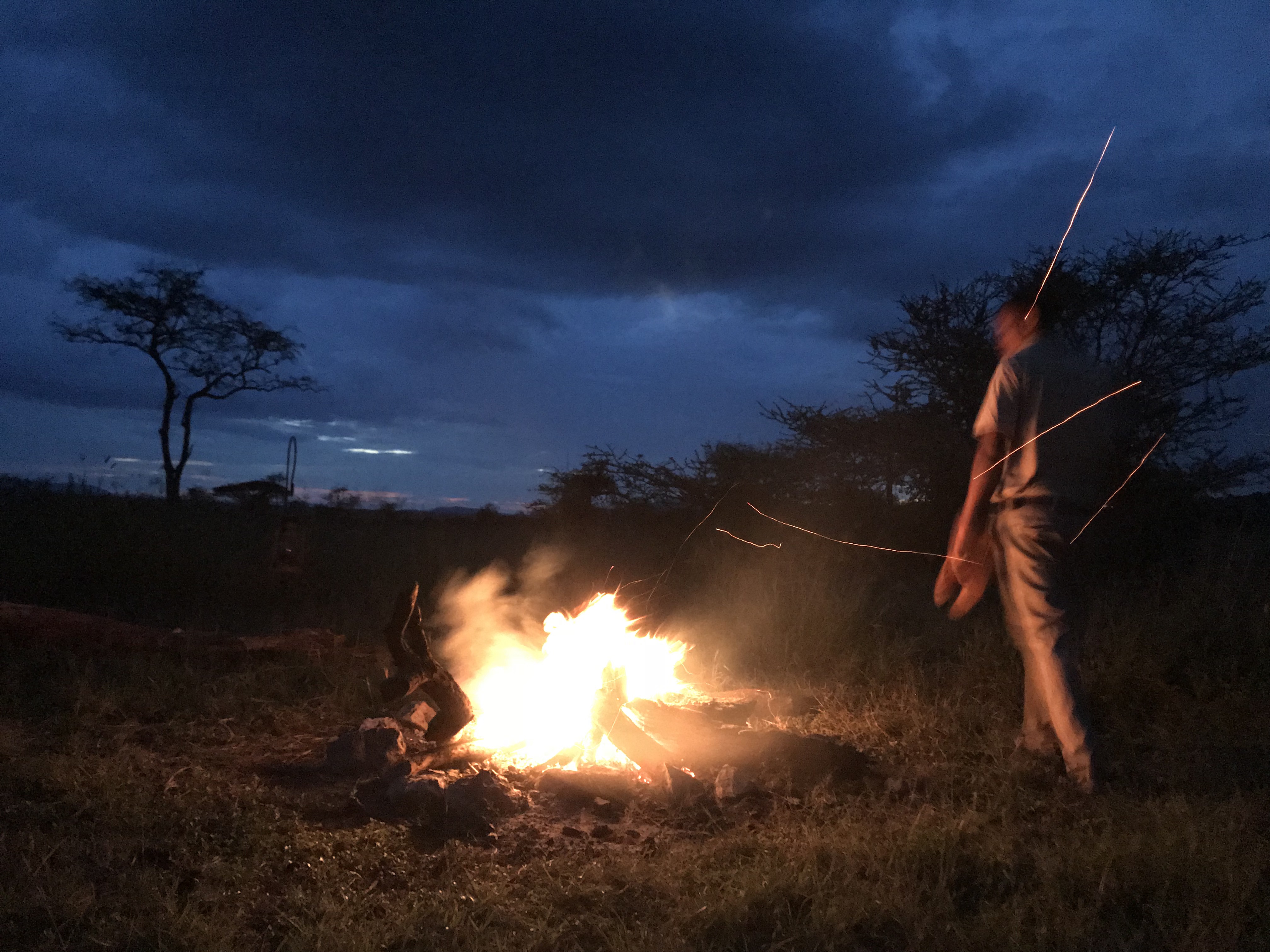 Arrival to Kilimanjaro International Airport, transfer to Ngare Sero Mountain Lodge set at the amid forest and crystal clear lake on the slopes of Mount Meru. Get settled into a Garden Room. Dinner at the lodge.

Ngare Sero Mountain Lodge is one of the oldest exclusive family lodges in Arusha located in old German farm house built in 1905. Our lodge sits at the clear trout lake surrounded by gardens and forest reserve with troops of colobus and Sykes monkeys, as well as over 200 species of birds. On a clear day we have the best view of Kilimanjaro mountain in Arusha. There is a 30-meter swimming pool in our property, as well as stables and organic farm, and we offer a great number of in-house activities, like nature walks and bird-watching, culture tour in surrounding Wameru villages, horse riding, boating and trout fishing, croquet, yoga and meditation classes. There is also a Garden Spa that offers various massages and facials to relax after the safari, mountain climb or an international flight. 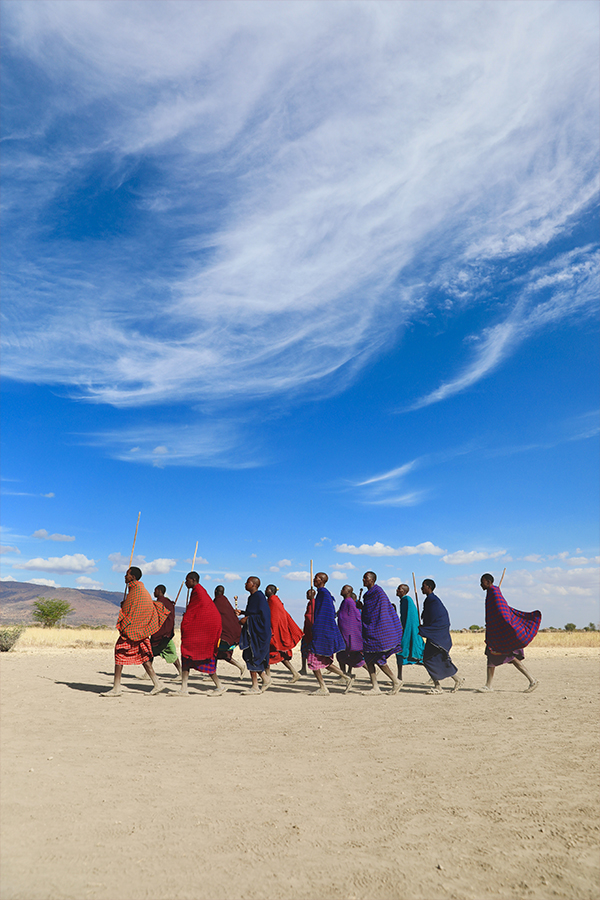 Located in a small forest reserve beside a spring, Ngare Sero Lodge aims to set an example for environmentally friendly and socially responsible tourism. Damming the spring has created three lakes that support a healthy ecosystem of animals and birds. Ngare Sero collaborates with the village government and the authorities to protect the forest, water source and management of water extraction. It generates its own hydro-electricity to power the lodge. All drinking water comes direct from the springs, and they also supply fresh water to the neighboring schools and villages. The lodge is striving to be carbon neutral by absorbing carbon production via indigenous tree planting and forest protection. Most of the vegetables and salads served to the guests come from its own organic vegetable garden.

After breakfast - depart to Arusha Airport to catch a flight to Seronera in Central Serengeti. Pick up by safari cars. Game drive & picnic lunch on the way.

Tanzania's oldest and most popular national park, also a world heritage site and recently proclaimed a 7th world wide wonder, the Serengeti is famed for its annual migration, when some six million hooves pound the open plains, as more than 200,000 zebra and 300,000 Thomson's gazelle join the wildebeest’s trek for fresh grazing. Yet even when the migration is quiet, the Serengeti offers arguably the most scintillating game-viewing in Africa: great herds of buffalo, smaller groups of elephant and giraffe, and thousands upon thousands of eland, topi, kongoni, impala and Grant’s gazelle. The spectacle of predator versus prey dominates Tanzania’s greatest park. Golden-maned lion prides feast on the abundance of plain grazers. Solitary leopards haunt the acacia trees lining the Seronera River, while a high density of cheetahs prowls the southeastern plains. Almost uniquely, all three African jackal species occur here, alongside the spotted hyena and a host of more elusive small predators, ranging from the insectivorous aardwolf to the beautiful serval cat

The  Crater is a world heritage site, the world’s largest intact volcanic caldera and is commonly referred to as the 8th wonder of the world. The 2,000 feet high walls of the approximately 10 mile wide crater create a natural amphitheatre for the densest populations of large animals anywhere. It is a microcosm of the vast Serengeti National Park and in one day it is possible to see a staggering array of East African wildlife including all the big carnivores.

The crater lives up to its infamous reputation with abundant and easily accessible wildlife and offers a reasonable chance to see lion or hyena in action. The Crater is truly awe-inspiring and will surely be one of the highlights of your safari.

Wake up early and leave for a game drive at the park. Come back for late breakfast to the Tarangire Safari lodge.

Famous for its tree climbing pythons, massive baobabs and large herds of elephant, Tarangire National Park is small but still home to a significant wildlife population, with a density of wildlife matched only by Ngorongoro. Birding is particularly good here; the swamps, tinged green year round, are the focus for 550 bird varieties; the most breeding species in one habitat anywhere in the world.

Morning gave drive as we head out of the park back towards Ngare Sero. Ngare Sero Mountain Lodge. ( Morning Yoga Practice )

Leave with lunch bags for a game drive at the park. Transfer to Arusha and check in for dinner and overnight at Ngare Sero Mountain Lodge. Farewell dinner!

Please be aware some details may change due to unforeseen circumstances. Thank you for understanding.

“Africa changes you forever, like nowhere on earth. Once you have been there, you will never be the same. But how do you begin to describe its magic to someone who has never felt it? How can you explain the fascination of this vast, dusty continent, whose oldest roads are elephant paths? Could it be because Africa is the place of all our beginnings, the cradle of mankind, where our species first stood upright on the savannahs of long ago?”